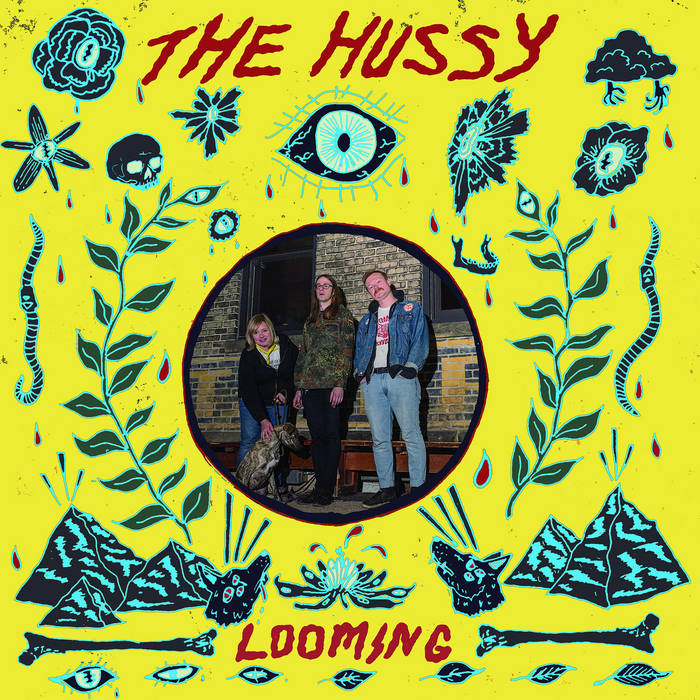 The Hussy formed as a duo in Madison, WI during in June 2008. Fronted by both Bobby Hussy (Guitar/Vocals) and Heather Hussy (Drums/Vocals), the band carved a trash-punk path through the 2000s into the 2010s playing shows alongside contemporary peers and timeless classics such as Mudhoney, Ty Segall, Thee Oh Sees, Twin Peaks, Reigning Sound, Spectrum (Ex-Spacemen 3), Black Bananas (ex-Royal Trux),The Black Lips, King Khan & BBQ, White Fence, The Faint, Tenement....and way too many more to all mention here. Known for their intensely chaotic live shows, The Hussy quickly gained a cult following in the Midwestern underground. Touring on a constant stream of new releases, the band scoured the US and Europe between 2009 and 2015. After the release of the band's classic and long sold out sophomore LP, Weed Seizure (2012 - Tic Tac Totally), they played pinnacle garage rock festival Gonerfest in Memphis. The band is slated to play Gonerfest 16 later this year. In 2014 The Hussy pulled double duty as both the opening and backing band for punk rocker NOBUNNY through tours of the US and Australia/New Zealand. Bobby Hussy has since moonlighted with Nobunny on-and-off as bass player extraordinaire during a 2018 European Tour and some US tour dates.

The Hussy's hyper-prolific output has spanned 20+ different record labels and every format imaginable. Both Bobby and Heather write songs and contribute equally to the project. Nearly all releases have been tracked by Bobby Hussy himself. In 2015 The Hussy added Tyler Fassnacht (Fire Heads, Proud Parents, T.S. Foss) as an official full-time third member to help fill out the sound at live shows. Now bolder and noisier than ever, The Hussy is exciting old and new fans alike with scuzz-pop gems chock full of hooks that rot and stick.

At the end of 2018 The Hussy started tracking their new LP, Looming, the follow-up to their fifth studio album, Galore (2015 - Southpaw Records). Galore saw the band move into a more focused direction with earnest mid-fi production and added arrangements, while still keeping true to Bobby and Heather's knack for writing consistently catchy pop morsels. Looming takes the band in a decidedly dismal and defiantly dark direction. It tackles topics such as death, sudden loss, divorce, addiction and these politically depressing times we live in. The record is 16 tracks of trash-pop that run the entire gamut of punk-rock-n-roll. There are spacey leads, heavy sonics, slicing rhythms and generally gnarly sounds all tucked beneath The Hussy's patented blanket of hook. This is the "new" heavier three-piece version of The Hussy, but the band hasn't lost any of it's knack for a sugar sweet melodies. Looming will be released by Dirtnap Records in Fall of 2019 and the band will be embarking on US and European Tours.