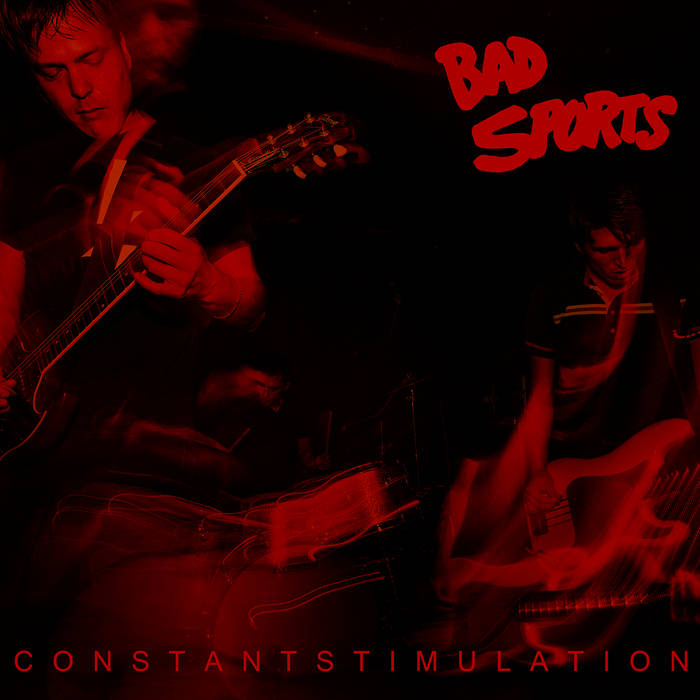 Tom Galdeano Great band! I saw them on stage with Radioactivity. This album's incredibly punk and harmonic at the same time and the energy they've put into it is so damn good!

Texas trio Bad Sports release their fourth full-length to Dirtnap and with it, push their sound into a more modern sphere of punk. Orville Neeley (guitars / vocals), Daniel Fried (bass / vocals) and Gregory Rutherford (drums) have spent over ten years together and the progression is justified.

This time, the production quality is more lean and tense, giving an air that is decidedly frustrated, more world-weary. And not to say that this isn’t an enjoyable listen - it’s just not the kind of record to pogo in a pit and shotgun a beer to. Bad Sports has grown in substance.There’s a balance to keeping enough of the old and forging ahead with the new to remain relevant and compelling.

Fans will find much to get enthusiastic over and feel invigorated about as Bad Sports is still great at simply being a stripped-down classic-leaning punk band with deep power-pop vs. proto-punk feelings. Make no mistake, though: Bad Sports are not a “retro” band. Constant Stimulation is simply a timeless-yet-modern masterpiece, that sounds like it could have come out of just about any era of rock, but is also as NOW as anything else currently out there.

Their history with its Texas peers of the same ilk paired along with their time spent in projects like OBN III’s, Radioactivity, Wax Museums and VIDEO (among others), has served Bad Sports well. They’ve honed themselves into being a complicated and calculating rock machine instead of just a talented party band, dishing out fuzzed-out fury, chugging chords and yelled vocals. Now, there’s a little more finesse and more care taken to let Neeley’s words and voice ring out; as close to sing-singing the band has come on a record.

There’s a general nimble brightness to the production, throughout. Gone are the days of fuzz and total distortion making the songs into jumping fleas from one track to the next. Adding a little pacing and extending their palette - the lazy chug in “Everything We Wanted” is fed by ample tremolo and loiters in its own 90s slacker rock vibe while “Ode to Power” and “Constant Stimulation” could be intertwined among the tracklists of the newest Rolling Blackouts C.F. or Shame records - equalizes things a bit because the main chunk of this record is straight-up punk, fed on busted pieces of guitar strings and broken drumsticks. It’s lean and tough.

2012’s King of the Weekend and 2013’s Bras was love (and lackthereof)-focused, covered in equal parts, sweat, lipstick, beer, grime and glitter. Granted, there are little flashes of heartbreak thrown in on Constant Stimulation, but not quite like before. This record moreso broils and stews over a response to the modern world and its eroding and addling effects, kicking its lyrics out to be heard clearly. No track exemplifies this better than the title track on which Neeley sings, “I need constant stimulation in my ears and in my eyes or I don’t sleep at night…deprivation chambers only worsen my dreams.” Maybe this more spaciously spare sound is their response to that veritable constant stimulation. Welcome to the modern age.